Home / Creative Placemaking / Get Your Passport to Woonsocket 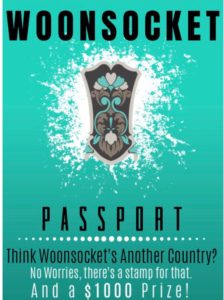 Inspired by some witty facebook banter stating that “Woonsocket is basically another country” and “did you get your passport stamped?” The Levitt Series organizers have launched a “Woonsocket Passport” program. Visitors are encouraged to pick up a passport at one of the Friday night concerts and collect 15 stamps by 8/23/19 for a chance to win $1000.

From Wakefield, RI, series organizer Meg Rego knows all too well the deterrent that a Friday night drive can be on getting visitors to make the trek to Woonsocket.

“It takes persuasion, but once I’ve convinced someone to make the trip, they’re hooked. And why wouldn’t you be? There’re activities for the kids, an on-site bar, delicious rotating food options, and the best part – incredible, live music!” Says Rego.

She continues, “When I stumbled across the jokes about needing a passport to go to Woonsocket, I figured why not capitalize on the humor?”

With that, the Woonsocket Passport was born as a win/win for the community. It accomplishes the mission of Levitt by activating underutilized public spaces by drawing more people in the park and supporting the local economy by incentivizing visits to Woonsocket businesses to the tune of 10 Benjamin’s ($1000).

The 20 page booklet features the 10 Levitt concerts as well as 15 local businesses.  The Direction page notes that there’s no need to “pack a lunch or an overnight bag. Our restaurant and bar scenes are spot-on.” The Levitt page highlights the event’s free price tag noting that “we won’t even change you to park your car ‘side-by-each.’” Featured businesses include New York Lunch: “You haven’t been to Rhode Island until you’ve asked for ‘3 wieners all the way with a side of coffee milk please” and Aroma Café: “Trust us, they’ll blow any Providence hipster doughnut shop out of the water!”

Passports will be available for free at the Friday night concert series.

Background:  In January, Woonsocket, RI was announced as one of 18 communities across the country to win a Levitt AMP Grant Award of $25K in matching funds to present a free concert series at River Island Art Park. As a second time winner, NeighborWorks Blackstone River Valley is working with series partners The City of Woonsocket, St. James Baptist Church, The Blackstone Valley Tourism Council, and the Downtown Woonsocket Collaborative to make 2019 even bigger and better than before.

More about the series: www.levittamp.org/woonsocket 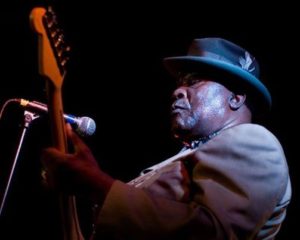 7/19 – Luther Guitar Jr. Johnson (Blues): This Grammy Award Winning musician hails from Mississippi and is known as one of the premier blues artists to emerge from Chicago’s music scene. Johnson served a long sideman apprenticeship with both Magic Sam and Muddy Waters. Today, Luther is widely considered the foremost proponent of the West Side guitar style and the heir apparent to the late Magic Sam’s West Side throne. An acclaimed musician, he also made a guest appearance in the movie The Blues Brothers. 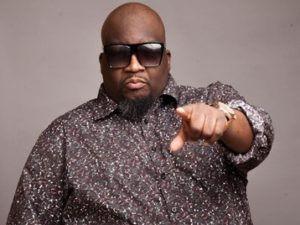 8/26 – Doobie Powell (Gospel): Hailing from Hartford, CT, Doobie lives out his faith through his passion for music. He’s produced five critically acclaimed albums. Powell is a talented Recording Artist, Producer, Singer, Songwriter, Composer and multi-faceted Musician, fueled and persuaded by his passionate devotion to his faith. 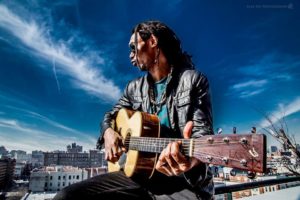 8/2 – Kwame Binea Shakedown (Soul): Kwame Binea’s unique background – grew up in West London, native origins in Ghana, teenage years in Cherry Hill, NJ, and current residence in New York City – informs his work. “Mix Rock and Roll with Silky Soul, screaming blues with folk and you get Kwame Binea” says The Apollo Theater. “My music is organic,” says Kwame, “it embodies life, love and struggles. I’m driven by my mantra of Peace, Love & Positivity so that propels and drives the messages for most of my lyrical content. It’s also party music and danceable, so if our music moves you and makes you move, that’s a great night.”

w/ The Z-Boyz (Surfer Rock): A power trio playing surf rock, soul and funk for your listening and dancing pleasure. 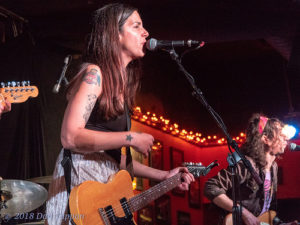 MA, Sarah has been described as “walking that fine line between punk and country.” She’s made seven records and racked up countless touring miles. She’s collected shiny things, including an Americana Music Award nomination, multiple Boston Music Awards, and song credits on TV shows Sons of Anarchy and The Night Shift.

w/ Sidy Maiga (West African Drums)– Levitt AMP Woonsocket Veteran, Sidy Maïga is a master of West African rhythms, but can also play Latin music and hip-hop. His eight-piece band AfriMading includes a singer, dancer, a balafon, which resembles a wooden xylophone, and the kora, an African stringed instrument that resembles a cross between a lute and a harp, that comes together in vibrant music that will get your feet moving and hands clapping. 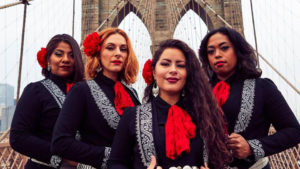 w/ Julie Rhodes (Blues): Returning to the Levitt AMP Woonsocket stage for a second year in a row, Julie Rhodes is a powerhouse vocalist with authentic soul, grounded both in the songwriting traditions of yesterday’s Americana and today’s very present social and political issues. 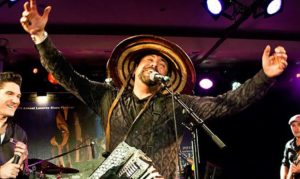 8/23 – Terrance Simien & the Zydeco Experience (Zydeco): An eighth-generation Louisiana Creole, Simien taught himself to play accordion while still in his teens. As one of the most respected and accomplished artists in American roots music, this two time Grammy Award Winning artist is internationally renowned for his grooving combination of New Orleans funk, reggae, blues and zydeco. His music was featured in several feature films, including The Princess and the Frog, The Big Easy, Exit to Eden and A Murder of Crows.