Woonsocket 2018 will be marked by music thanks to the generosity of the Mortimer and Mimi Levitt Foundation. Starting June 29th the city will experience 10 consecutive Friday’s of music from 5pm-9pm in River Island Art Park. The ten headlining acts for the series were revealed Wednesday night at the series “Band Launch Party” held for sponsors and volunteers.

The acts range in musical genre including Salsa, Country, R & B, and Funk. They will be travelling from as far as California to perform in Woonsocket this summer. They are incredibly diverse, offering something for everyone and a whole of danceable rhythms. Acts were selected based on recommendations from the community and criteria from the series lead sponsor, the Levitt Foundation. The series aims to revitalize River Island Art Park through the power of free, live music, drawing locals and tourists alike to downtown Woonsocket.

Listen to to the full lineup! 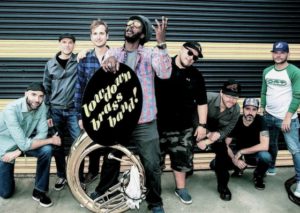 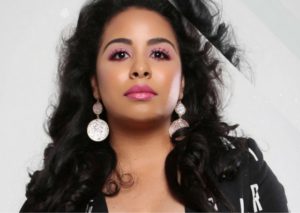 7/6 – EhShawnee (Salsa): Born in the Dominican Republic, This Providence-based performer has made her way on the Latin scene. With performances on popular TV shows “El Mismo Golpe” and “Divertido con Jochy,” Shawnee has quite the following. Known for her original Salsa and Merengue numbers, Shawnee tours throughout New England and the DR. 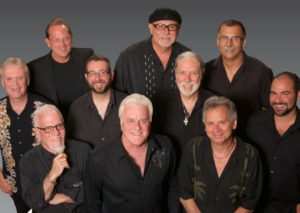 7/20 – HuDost (French Folk & Rock): “The music of HuDost, the Neo Folk World Rock Ensemble from Montreal and KY, weaves a seamless tapestry of sound that renders tears and laughter in listeners, cultivating the nameless longing that abides somewhere in all our hearts and invokes total celebration” (HuDost Facebook Page). HuDost performs songs in both French and English and will be highlighting their French Canadian heritage as part of their performances. 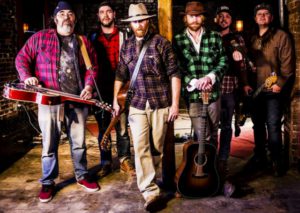 7/27 – The Mallett Brothers Band (Alt Country): “With a style that can ranges from alt-country to Americana, country, jam and roots rock, theirs is a musical melting pot that’s influenced equally by the singer/songwriter tradition as by harder rock, classic country and psychedelic sounds” (mallettbrothersban.com/band). 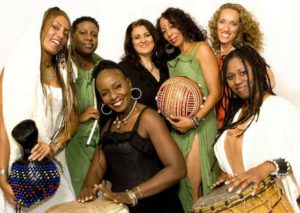 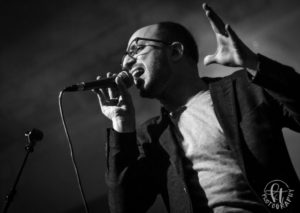 8/10 – Bassel & the Supernaturals (Neo Soul & Funk): Syrian heart, Chicago soul. Bassel & The Supernaturals combines neo-soul and funk with captivating lyrics about love, loss, and a war in Syria that has affected Bassel Almadani’s family along with 10,000,000 others. 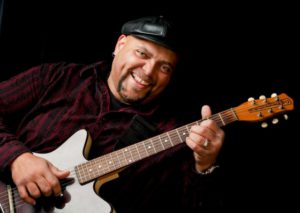 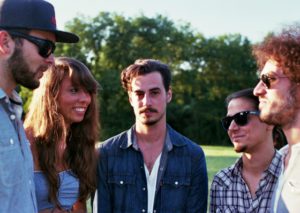 8/24 – Quincy Mumford (Pop): “Optimistic, charismatic, and undeniably genuine, Quincy’s music possesses the same “feel good” attitude that the young man himself does. This forthcoming album produced by Michael Ghegan, establishes Quincy Mumford as an “Artist to Watch” in 2018” (quincymumford.com/about). 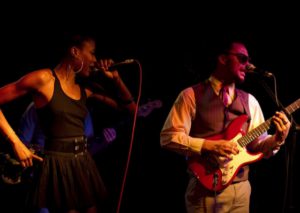 8/31 – Boo City (Soul, rock, R&B): “Boo City’s music is energetic, whimsical, fun, melodic and edgy all at once. This talented group of musicians are on track to embody a fresh sound in Providence RI and American music” (Boo City Facebook Page)

In January, Woonsocket, RI was announced as one of 15 communities across the country to win a Levitt AMP Grant Award of $25K in matching funds to present a free concert series at River Island Art Park.

The Levitt AMP Woonsocket Music Series will run from June 29 – August 31 from 5pm-9pm on Friday evenings in River Island Art Park, Woonsocket, RI. Each night will include a local opening act, headlining act, local food vendors, artesian crafters, an “On the Move” intermission activity presented by Blue Cross Blue Shield of RI, and a great chance to get enjoy a riverfront part in the city of Woosnocket.

Want to get involved? We are still looking for volunteers to support the series. Sign up HERE.