A combination of rental and commercial space, NWBRV has had numerous mixed-use successes including: 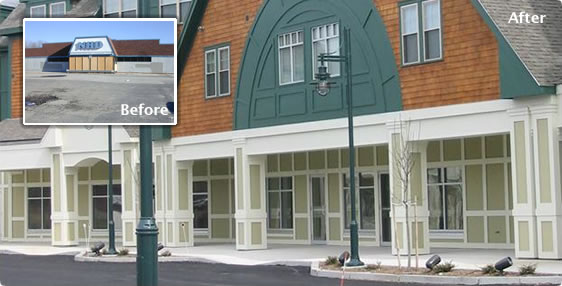 This development utilized Low Income Housing Tax Credits and offers 43 units of permanent supportive and family housing, along with commercial and office space. Formerly the old NHD Hardware, the brownfields redevelopment was completed in 2006, costing $10.2 million to complete. The site prominently features the NWBRV Homeownership Center and main office and is anchored by Dunkin Donuts on one side and the former Champs Diner on the other. 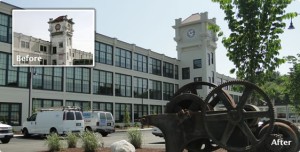 Clocktower Apartments, includes 36 affordable and 7 market rate rental units along with two small business incubator spaces (owned in partnership with the Town of Burrillville) in the historic Stillwater Mill on the Clear River. The brownfields redevelopment opened in June 2011, costing $19 million to complete using Federal and State Historic Tax Credits. The site is adjacent to the town’s new library complex, helping bring new life and foot traffic to the town center.

NWBRV has purchased three properties in the Island Place Historic District of Woonsocket at the gateway to Downtown/Main Street to be developed over the next five years as part of a phased strategic five-year redevelopment plan for the District.  The project would transform a loose collection of industrial-aged mill buildings into a hub of art, culture and technology that will spur economic development throughout the entire downtown business district.  One property, 40 South Main (the former Mulvey’s Hardware) is currently complete! 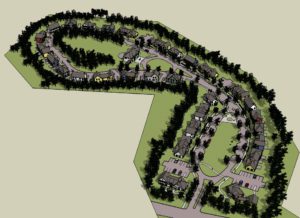 Our Greenridge project will invest tens of millions of dollars into Burrillville, RI for the development of affordable housing, community, and commercial space.  17 of the project’s 96 rental units and 3,500 SF of commercial space will be located at the gateway to Pascoag’s Main Street as part of the redevelopment of several blighted buildings and lots.