Our team of staff, volunteers, and consultants is unique in both its diversity and in the length of staff tenure. Most staff members have been with NWBRV for more than ten years and for a handful, more than twenty. Not only does the NWBRV team have experience in the field, we also have a vested interest in Northern RI as three-quarters of the staff live in the region – half live in the City of Woonsocket. Our intimate knowledge and personal stake in the communities we serve, make the quality of work that much more important to each and every team member. 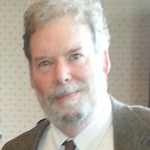 Joe Garlick has been the Executive Director of NeighborWorks Blackstone River Valley since 1994. Prior to joining NWBRV, Joe worked in the Planning Department for the City of Woonsocket. He has a Masters Degree in City and Regional Planning from Rutgers University and a Bachelors Degree in Humanities from Providence College 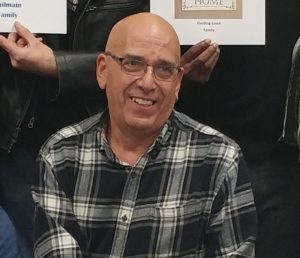 Paul joined the NeighborWorks team in 2015 as part of the mutual Self-Help Housing Program with the USDA. He works to support families, with little to no construction experience, build their own homes. With nine years as an Industrial Technology teacher, 13 years in the construction industry in downtown Boston, and additional experience as a Superintendent with Nation Wide Construction, Paul has finally found his calling at NWBRV where he can blend his construction and education backgrounds. 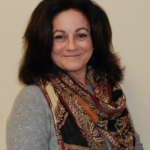 Terri Barbosa came to NWBRV in 2005. She coordinates predevelopment, building and closing processes for the majority of the company’s developments. In her role, Terri often serves as project manager for construction and funding oversight. She holds a Master of Business Administration from Bryant University and brings over 25 years of experience in business strategy, engineering and finance into her work. 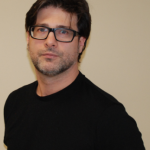 Christian Caldarone joined the NWBRV team in 2012 as the Director of Asset Management and Special Projects. Prior to working at NWBRV, he worked as the Project manager for the Smith Hill Community Development Corporation, located in Providence, RI and as Acting Director at Smith Hill CDC. He currently serves on the Providence Community Library’s Board of Directors as the Facilities Committee Chair. He graduated from the Urban Education Policy program at Brown University, attended Hofstra University as an undergrad and is a former high school teacher at La Salle Academy. Christian currently resides in Northern Rhode Island with his wife and two children. 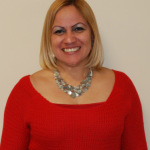 Brenda Colon worked for NWBRV for more than five years. She began her relationship with the organization over ten years ago as a volunteer, neighborhood resident, and daycare provider in one of NWBRV’s Woonsocket scattered site apartments and daycare units. She is currently pursuing a degree in Accounting from Rhode Island College. 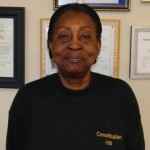 Irene Davis started working with the NWBRV in 1996 as a LISC AmeriCorps member. Since then, she has done almost every job, from community organizing to property management. She is most proud of her work in NWBRV’s target neighborhoods, including the development of the community orchard at the corner of Center and Olo Streets in Woonsocket. Irene was born in South Carolina, but has lived in Woonsocket for more than 50 years, living in the Constitution Hill neighborhood since she was 8. 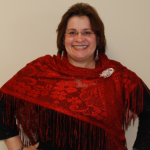 Felicia Diaz has been with NWBRV’s Home Ownership Center since it opened in 2005. She is originally from the Dominican Republic lived and owned a small business in New York for 15 years before moving to Rhode Island to work in the housing field. Felicia holds NeighborWorks Center for Homeownership Education and Counseling professional certificates in Pre and Post Purchase Homebuyer Education, Credit Counseling for Maximum Results, Mortgage Lending, Loan Portfolio Management, Loan Servicing and Collection, Foreclosure Intervention and Mortgage Default Counseling, Post Purchase Systems, Reverse Mortgage Counseling, and many more. 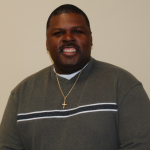 Also fondly known as “The Bulldog”, Stan Eason is a lifelong resident of Woonsocket’s Fairmount neighborhood and is famous for many things, including his neighborhood playground on Center Street. Stan began as a LISC AmeriCorps member working at NWBRV and holds various construction-related certifications with over 150 hours of construction, property management, and lead remediation training under his belt. He knows the ins and outs of every house that NWBRV has ever built and every family that has ever lived here. Stan serves as a Knight of Columbus and is a member of the Tyra Club. 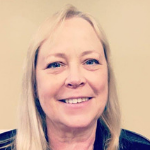 Millie Lukens began working as Resident Service Coordinator at The Meadows in July, 2017. Millie is a recent graduate from the Rhode Island College School of Social Work, where she achieved her Bachelor of Social Work degree. As a BSW intern, Millie worked at Wood River Health Services in Hope Valley, RI, where she assisted in creating a reference guide for local healthcare and mental health resources. She was responsible for referring patients to appropriate outside professional care, as well as providing brief interventions for patients on an as needed basis.

Millie, who is originally from Connecticut, has called Rhode Island her home for the past 30+ years. She and her husband, Matt, raised their family of eight children in Warwick. 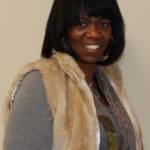 Rosalind Mitchell has had many roles at NeighborWorks, from working with youth to where she is today, in the Homeownership Center. She is certified through the NeighborWorks Center for Homeownership Education and Counseling in topics such as Pre and Post Purchase Homebuyer Education, Credit Counseling, Mortgage Lending, Foreclosure Intervention and Mortgage Default Counseling, Post Purchase Systems, and many more. She currently specializes in one-on-one financial and credit coaching. 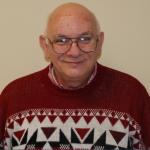 John Nimmo joined NWBRV in October 2011 as a part-time consultant. With over eighteen years of experience in housing counseling, John serves as the Senior Housing Advisor and Education Consultant for our HomeOwnership Center. Prior to joining our team, he served as the Homeownership Connection Assistant Director for the Housing Network of RI, where he worked for fifteen years.

Meghan Rego first came to NWBRV as a LISC AmeriCorps member working with the organization’s youth programs. In 2016, she excitedly returned to Woonsocket as the Director of Resource Development & Communications. Prior to this role, Meg worked in Washington, DC, coordinating service-learning programming for college students and managing campus/community partnerships. She holds a B.A. in Political Science and a Masters of Public Administration both from Villanova University where she continues to work as an adjunct professor. 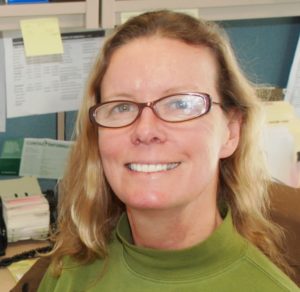 Paula Sterlacci started with us on a part-time basis back in 1997 and her role with the organization expanded as NWBRV grew. She has 20+ years of experience in property management, a Masters Degree in Accounting from Johnson &amp; Wales University and Bachelors Degrees in Accounting and Food Service Management also from Johnson & Wales University. Originally from New York, Paula has lived in Rhode Island with her family since 1985. 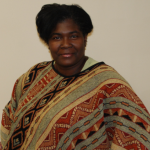 Daynah Williams joined the NWBRV team in 2013 as the Mutual Self Help Housing Program Manager. Prior to working with us, she was an Intake Coordinator at Rhode Island Housing for the Hardest Hit Fund, a key foreclosure assistance program offered to RI residents. Daynah has a B.A. from Mount Ida College and is currently pursuing a degree in Community Development from Roger Williams University. Daynah and her family reside in Providence, where she plays an active role in many civic organizations including the West Elmwood Intruders Football/Cheerleading Organization and the Providence School Department’s Parent Advisory Committee.